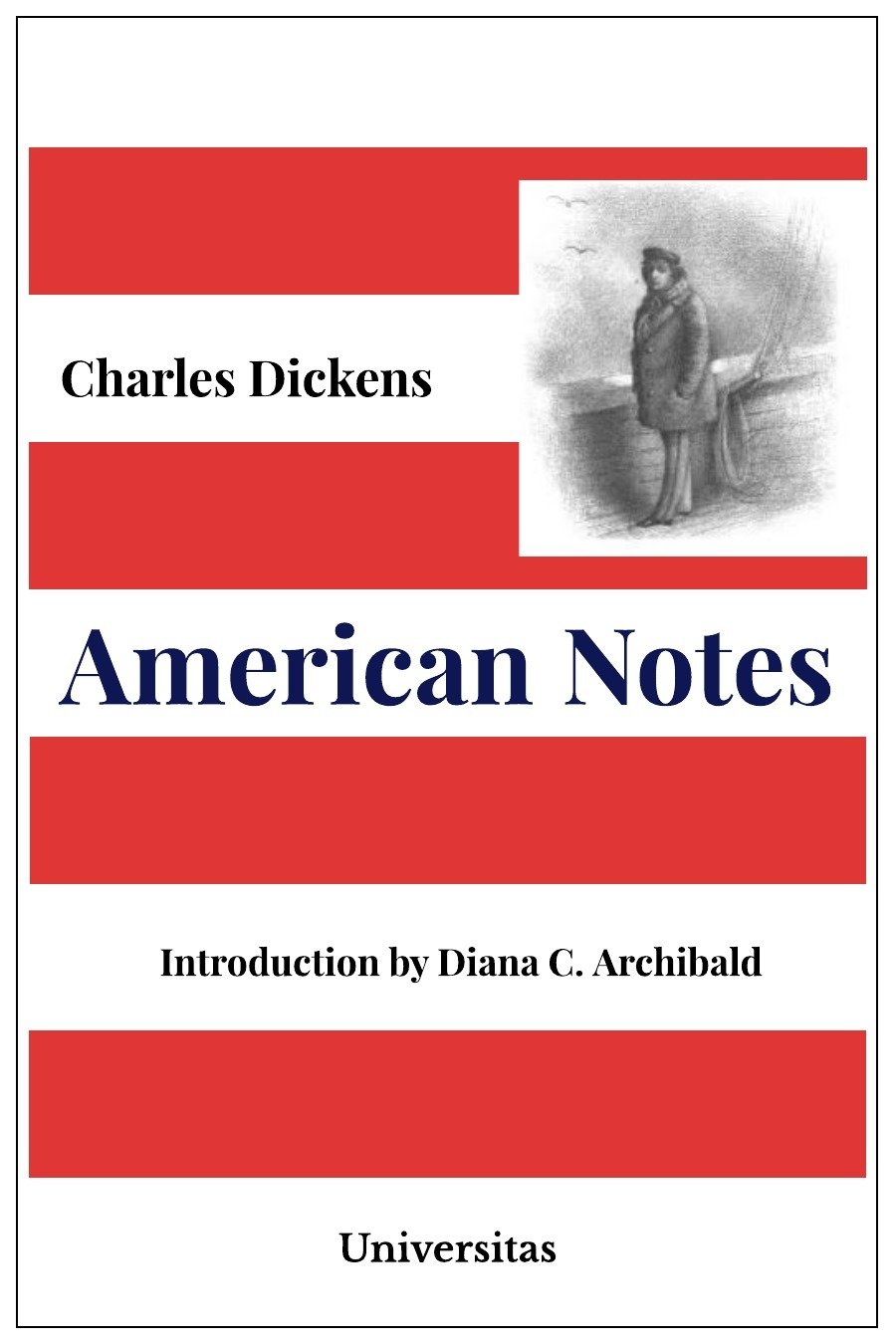 This is a scholarly edition, annotated and illustrated, addressing the modern reader. Dickens fans and students will find the most balanced approach to annotate and contextualize the writer's travel impressions, as well as a chronology following Dickens's itinerary chapter by chapter.

"American Notes for General Circulation was published shortly after Dickens’s return from his six-month trip to North America. While his intention to publish a travel narrative was not publicly disclosed before or during his trip, it was widely assumed that he would write a travel book. After all, many European visitors, especially authors, had written such books in the past. In 1842 Dickens was arguably the most famous novelist in the world, so, naturally, English and American readers eagerly anticipated a book based on his visit. However, Dickens’s unexpected critique of the young republic in this little travel narrative caused shockwaves among his devoted readership. The fact that he would risk offending his audience by publishing the book ought to pique modern readers’ interest. What did he say that so upset the public? What motivated his choice of content and approach? And what does this neglected text reveal to modern readers about life and literature in the Anglo-American world of the nineteenth century?" (From the Introduction by Diana C. Archibald)

Dickens Quarterly: "The edition’s carefully chosen illustrations, introduction and extensive footnotes provide a valuable context for today’s student. We learn about steam travel by boat, which was then new and hazardous, about the rash of American bank failures in 1837 to which the title (“notes for general circulation”) alludes, and about the difficulties of emigration in the mid-nineteenth century. These historical themes are supplemented by contemporary illustrations of people and places ranging from the Lowell Mill factory girls to Tremont House in Boston to Niagara Falls...The availability of Archibald’s new edition provides a useful text to supplement the social and political context of courses in British and American literature."

Diana C. Archibald, author of Dickens and Massachusetts: The Lasting Legacy of the Commonwealth Visits.