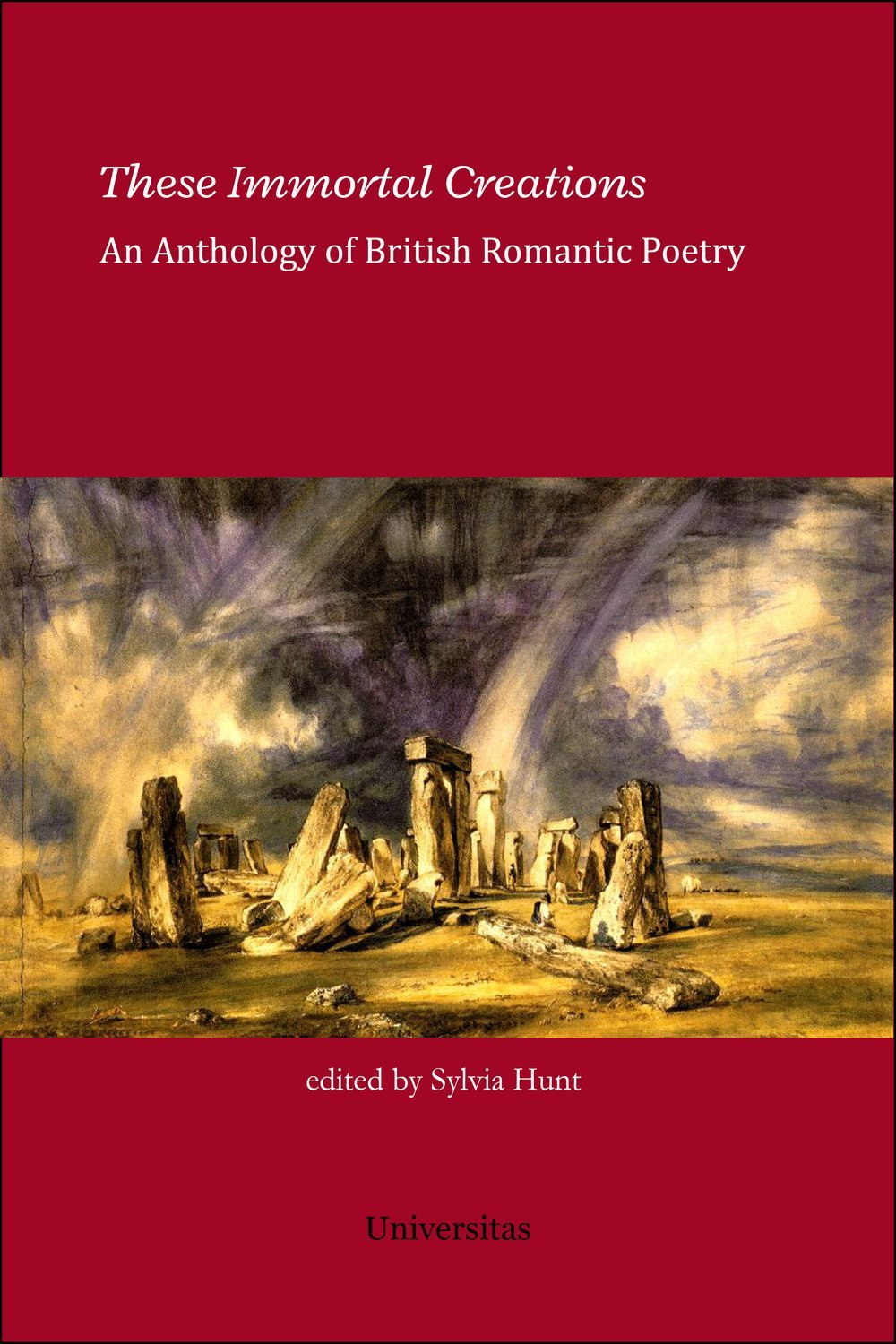 These Immortal Creations: An Anthology of British Romantic Poetry

The Romantic poet is both man and myth. He inherits an ancient birthright and creates a new heritage. He is prophet, seer, priest, bard, creator of (imaginative) worlds, hero, and myth-maker. He is also a man speaking to other men. Wordsworth described his poetic ‘calling’ when he wrote “poetic numbers came/ Spontaneously, and cloth’d in priestly robe/ My spirit, thus singled out, as it might seem,/ For holy services.” Blake demanded that his readers “Hear the voice of the Bard.” Coleridge states that the poet is a powerful figure who “brings the whole soul of man into activity.”

Poets are, according to Shelley, the vehicles for the spirit of the age and for the ages to come; they are “the unacknowledged legislators of the world.” In fact, in his Defense of Poetry (1821), Shelley endows both poetry and the poet with divine power, labeling the former “immortal creations” and the latter a person who “participates in the eternal, the infinite and the one.”

The poets in this anthology would all define imagination differently; however, they all have espoused the primacy of imagination and placed it as the root source for creativity.

With its over 120 poems arranged in chronological order, the present anthology follows very closely the development of Romantic poetry in Britain from its beginnings in the 1780s to the early years of Victoria’s reign.

This is also the most diverse anthology of Romantic literature: out of twenty-seven authors, fifteen are male and twelve female. The reader will be able to see how the female poets of the Romantic Movement found self-empowerment in the construction, articulation and publication of a feminized poetic identity.

Universitas Press in an independent academic press that publishes Books that make sense of the world. UP is an indepedent publisher, peer-reviewed, and employee-owned,  established in 2014 in Montreal, Canada.